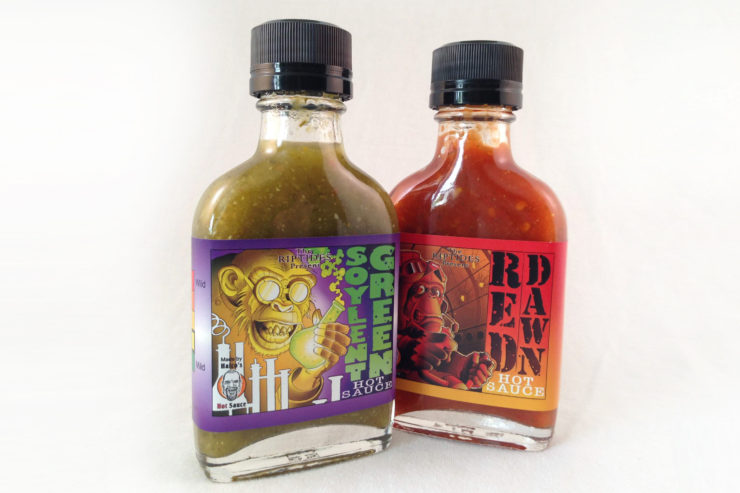 The Riptides have been a staple in not just the Canadian punk scene, but have a dedicated following all around the world. Learn more about their history (Wikipedia)

This year The Riptides are celebrating their 20 year anniversary and Andy Vandal approached Haico’s Hot Sauce to create hot sauces to commemorate this occasion. After a couple of weeks of experimenting and working on artwork with Glen Paradis, a very talented (tattoo) artist and owner of Barnstormer Studio in Ottawa, two hot sauces came to life.

Both medium hot sauces that are worthy of their name and the connection to the punks that made these sauces possible!

(Influenced by The Riptides admiration for the 1973 movie, Soylent Green)

Check out their Interview by Jason Setnyk – The Cornwall Seeker (August 9, 2017)